Contact us for more information about Jody Victor or MarkerMan Productions.

We already knew that NORAD would track Santa every year but didn’t know the story behind the “why”.

It seems back in 1955, Sears and Roebuck printed an ad but had an incorrect phone number in the ad asking kids to call Santa direct. When children called in, the number rang to a secret red phone on the desk of Colonel Harry Shoup of the Continental Air Defense Command, which has since been renamed to NORAD. Only a four-star general and Colonel Shoup had this number. They were afraid of something dire when that phone rang.

Colonel Shoup thought the call to be a prank when a child asked to speak to Santa, but then when the child that called started to cry, he realized there may be an issue. The child’s mother came to the phone to straighten it out. It has become a tradition and now NORAD tracks Santa and keeps track as Santa delivers every Christmas. You can get an app to track him or do it through the website: https://www.noradsanta.org. 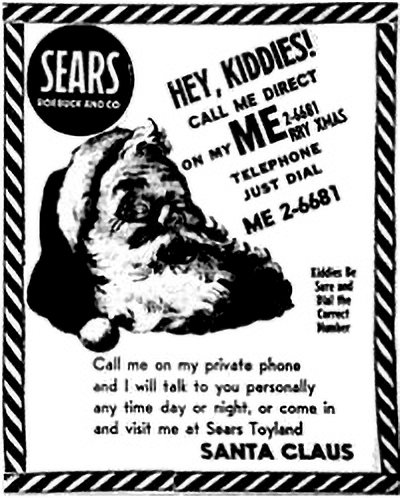 MERRY CHRISTMAS FROM THE VICTOR CREW!